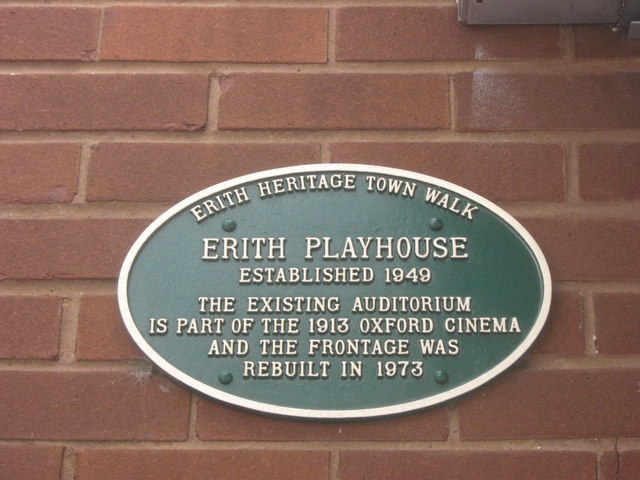 Visit to your local theatre

Well these days Am Dram needn’t be Humdrum. Around the Bexleyheath area, for instance, there are three thriving non-professional theatres, each with their own unique character and excellent facilities with an exciting range of productions from the latest plays to old favourites not to mention operattas, musical and pantomimes.

So, let me mark your card. For the price of a West End programme, you can see the very best of local talent; splash out on an ice-cream at the interval and there’s no need to rush to catch the last train home. Erith Playhouse is situated by the Thames and just a short walk from the Pier. In many ways that’s appropriate because it tends to put on more traditional ‘crowd pleasing’ theatre fare, such as Agatha Christie murder mysteries and Ray Cooney farces. The theatre itself is large at nearly 200 seats and its crimson red décor and velvet seats are especially fetching when the lights dim. The rise of the opening curtain is greeted with enthusiastic applause and the rustle of sweets usually precedes much belly laughter thereafter. During the summer Erith Riverside Festival weekend there are free tours of the theatre and a chance to explore backstage.

Entertainment may be the aim at Erith but at Geofrey Whitworth Theatre (GWT) there is also a more serious message – to inform and educate the public. That was the original aim of its founder who brought theatre to the workers at the nearby Vickers Armament factory in the 1940’s. GWT deliberately sets the bar high and then vaults over it with a challenging selection designed to provoke and stimulate discussion as well as, of course, to entertain. ‘It may be based in Crayford but sometimes it might as well be off the West End! I heard one person exclaim – but whether in admiration or admonishment – I’m still not certain. At times, the language may be bad, but the acting never is. To be the Assistant Stage Manager at GWT is one of life’s easier jobs – the actors need no prompting to perform. Audiences are a discerning lot but I do recall gasps of astonishment when a real Camper van was driven on stage during one peformance. The large stage at GWT does lend itself to elaborate settings and productions allowing the actors to shine amid stage craft wizardly. A residential setting means that people not in the know are often amazed that Crayford boasts more than a just dog track.

Last but not least is Edward Alderton Theatre just down from the bottom of Bexleyheath Broadway and near Danson Park. Whisper it quietly for this is a studio theatre; cosy and intimate at just 70 seats so you are never far from the action. The intimate atmosphere extends to the bar area where the conversation of theatre-goers and stage hands mix readily.

Several top stars have started off in local productions. GWT can claim to have Sir Michael Gambon, no less, as its honorary patron while as a young boy, Jude Law, graced the stage at EAT. Local actors are no different from their professional counterparts, and like to name drop so hang around the bar afterwards for a story or two over a gin and tonic or three.

And just time to mention that Sidcup has the Rose Bruford School of Performing Arts with a theatre in the round where many a student has graduated to a successful acting career.

So with so many options to choose from – when are you going to check out the local talent?